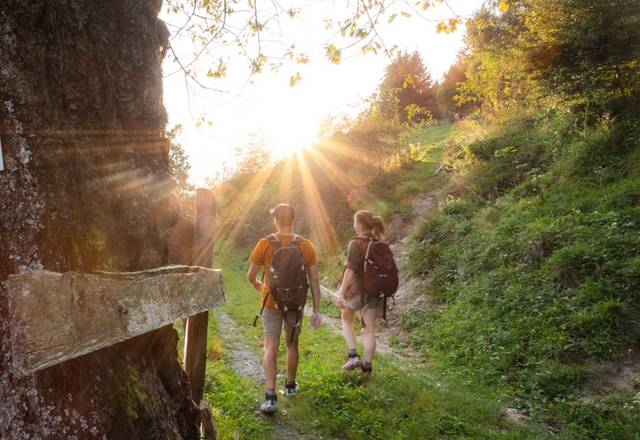 Three Countries.
One Trail.
Your 2023 Challenge

There’s only one hiking route that should be on trekking fans’ list for 2023. The Alpe-Adria Trail, spanning 450 miles, is signposted from start to finish taking in three cultures and three countries – Austria, Slovenia and Italy.

From the foot of Grossglockner mountain in Austria via the Slovenian Alps all the way to the Italian Adriatic coast, hikers can experience breath-taking natural scenery, alpine water adventures, and fascinating flora and fauna.

The Alpe Adria Trail is a summit-to-sea hiking experience and this epic discovery trail sends explorers deep into national parks, biosphere reserves and high onto peaks such as the 5,285-foot Vrsic Pass in the Julian Alps. 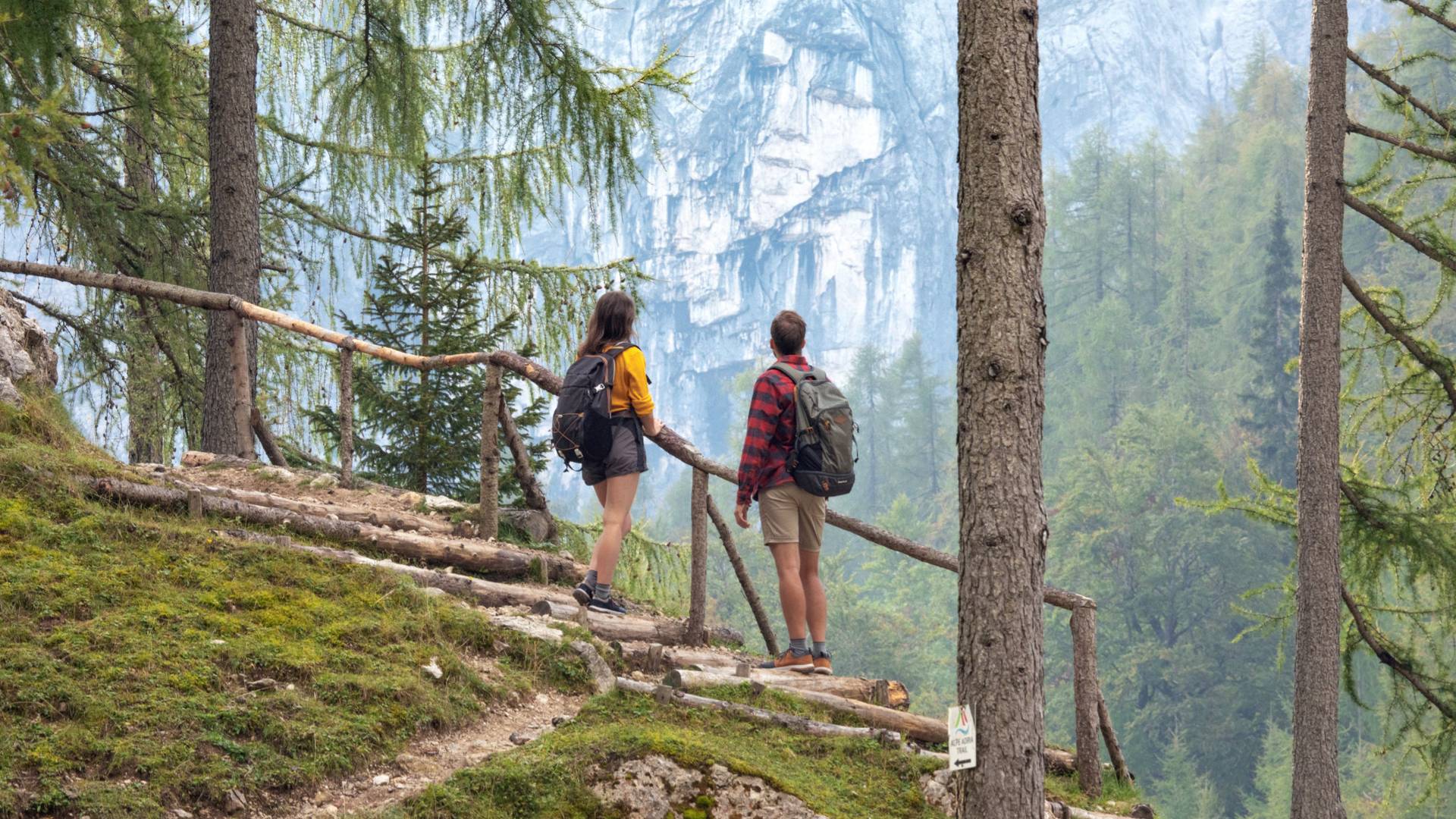 Start in Austria, Finish in Italy via Slovenia

The cross-border experience winds its way through Carinthia, Slovenia and Friuli-Venezia-Guilia in 43 stages. The geographic destination at the end of the Alpe-Adria Trail is Muggia, which lies to the south of Trieste.

Selected Stages Suitable for Everyone

Suitable for every level of ability, it can be started from various points and completed at different stages. Those who don’t want to attempt the entire length of the trail can opt to take their favourite stages in this ‘Garden of Eden’, all of which provide jaw-dropping views, gorgeous natural wonders, glittering bathing lakes, majestic mountain peaks and, finally, the azure waters of the Adriatic Sea. Furthermore, the Alpe Adria Trail provides a glimpse of each country, offering a memorable experience for walkers, foodies, photographers and eco-adventurers alike. 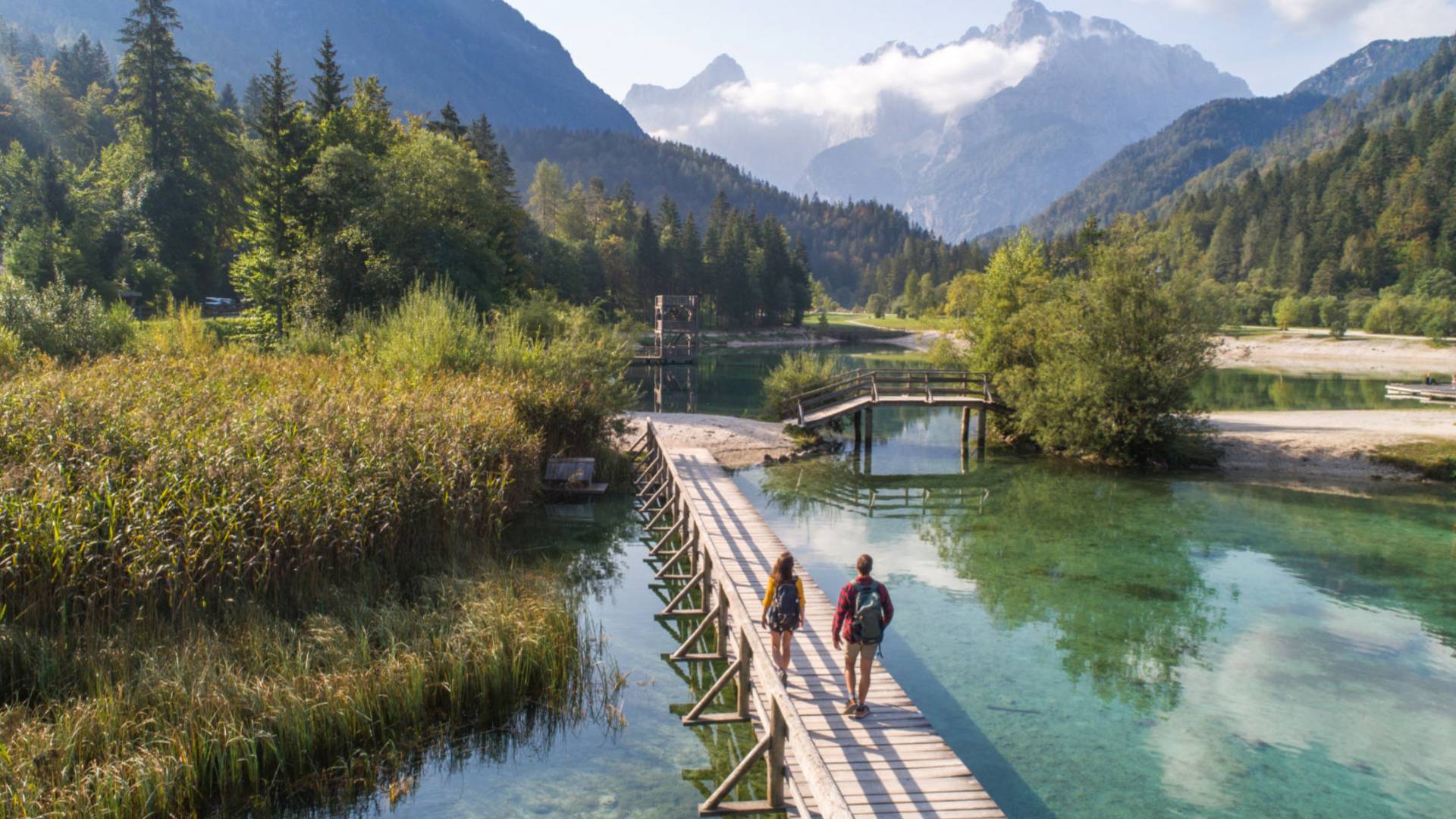 Start at One of Europe’s Largest Glaciers

It all begins at the foot of the Pasterze, the largest glacier in Austria, in the heart of Hohe

Tauern National Park. After that, the trail leads on to Heiligenblut and then Grosskirchheim. This also puts hikers in the middle of the gentle landscape of the Nockberge Biosphere Park with its famous spa town of Bad Kleinkirchheim, through which stages 15 and 16 lead. Arriach can boast that it is the geographical centre of Carinthia. It is also the starting point of the stage that leads to Gerlitzen Alpe.

After a look at Lake Ossiacher See, the last stage, which lies entirely within Carinthia, leads from Velden am Wörthersee to the Baumgartner Höhe, not far from Lake Faaker See. Shortly before the destination, hikers arrive at the Finkenstein castle ruin, a theatre and concert arena that impresses visitors with magnificent views and impressive sunsets.

On the next stages of the Alpe-Adria Trail, hikers leave Austria and proceed into Slovenian territory, soon reaching the Alpine Ski World Cup site of Kranjska Gora. The route here more or less follows the Soča River, which becomes the Isonzo once it reaches Italy. 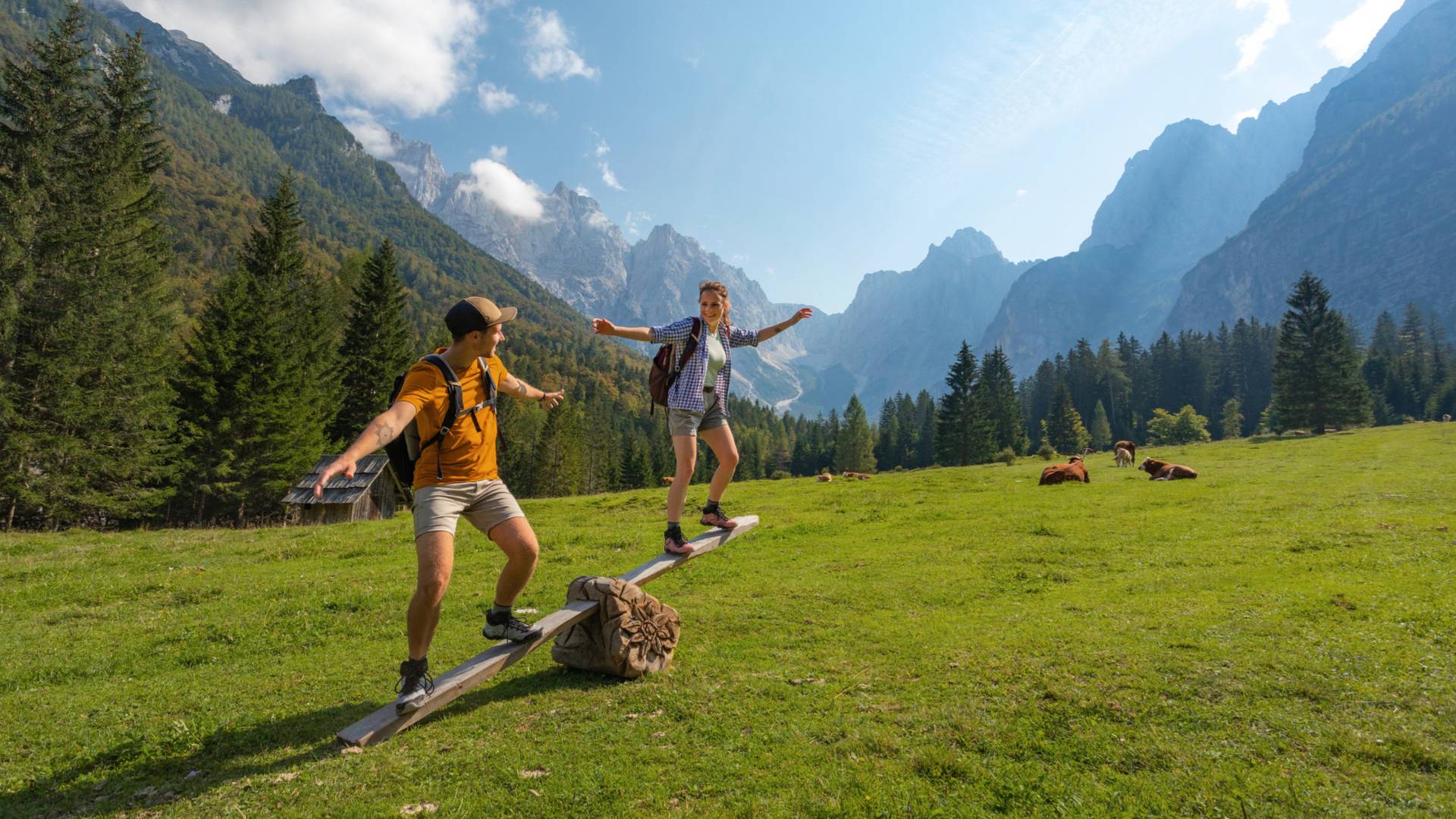 The trail runs straight through Triglav National Park, the only national park in Slovenia, amidst the magnificent Julian Alps. Hikers can enjoy the untouched splendour of the Soča Valley’s natural beauty before reaching Kobarid, whose cultural heritage is steeped in the history of World War I. The further southward the route leads, the more beautiful the landscape becomes. In the westernmost part of Slovenia, the trail traverses the area of Goriška Brda, where centuries of wine-growing tradition continue to this day. The route then crosses the border into Italy’s Collio and from there, it pushes on westward to the city of Cividale del Friuli where hikers can experience the joy of Italian culture. 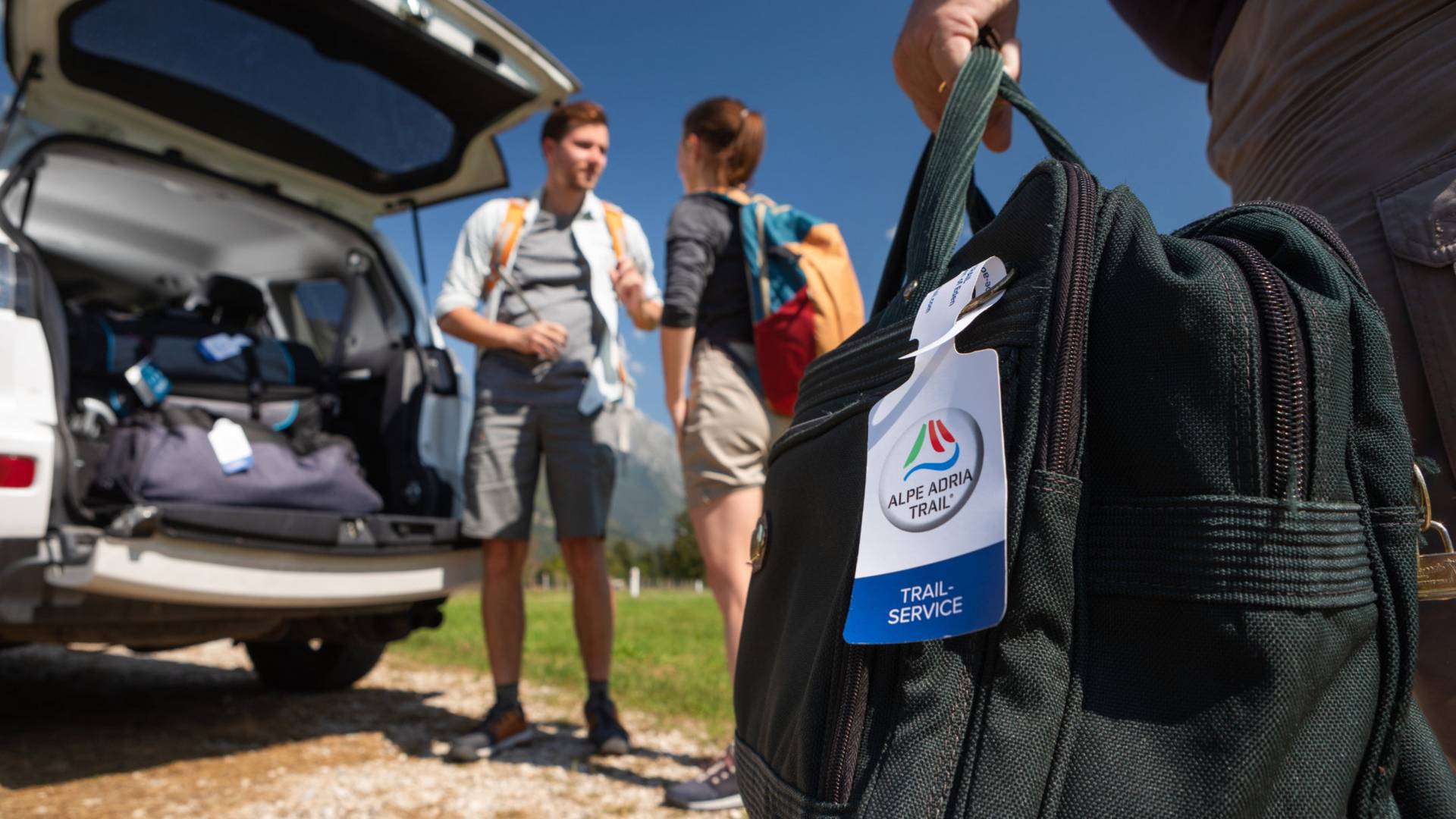 The next destination is the Karst, a plateau that rose up out of the sea 30 million years ago, where the powerful bora wind blows. It is a rough and fascinating landscape. The route then reaches the sea in Duino. Just a few kilometres beyond that is the target destination of Muggia where hikers are greeted by the aromatic scent of the Adriatic Sea breeze. With the Adriatic within reach, this part of the trail has been redesigned and leads from Italy via Sorcerb to Slovenia and back to Italy at Rabuiese. During this stage, on the final stretch, the trail takes in The Equestrian Park Lipica - home of the Lipizzan horses and the biggest stud farm in the world. It’s sure to leave a lasting impression.

The joint Alpe Adria Trail web portal, which is available in English, German, Italian and Slovenian, presents the trail precisely, stage by stage, and offers all information required by hikers: from the level of difficulty, distance, ascent, descent, duration, the topmost and bottommost point to a detailed description of the trail and direction. The presentation enables the easy print module and the function to Download GPS Track.

The Alpe Adria Trail is also suitable for less experienced explorers and has been designed mainly with pleasure hikers in mind as there are only slight differences in altitude along the way. Each stage ends in a spot with suitable overnight accommodation - all of which is conveniently listed on the website. 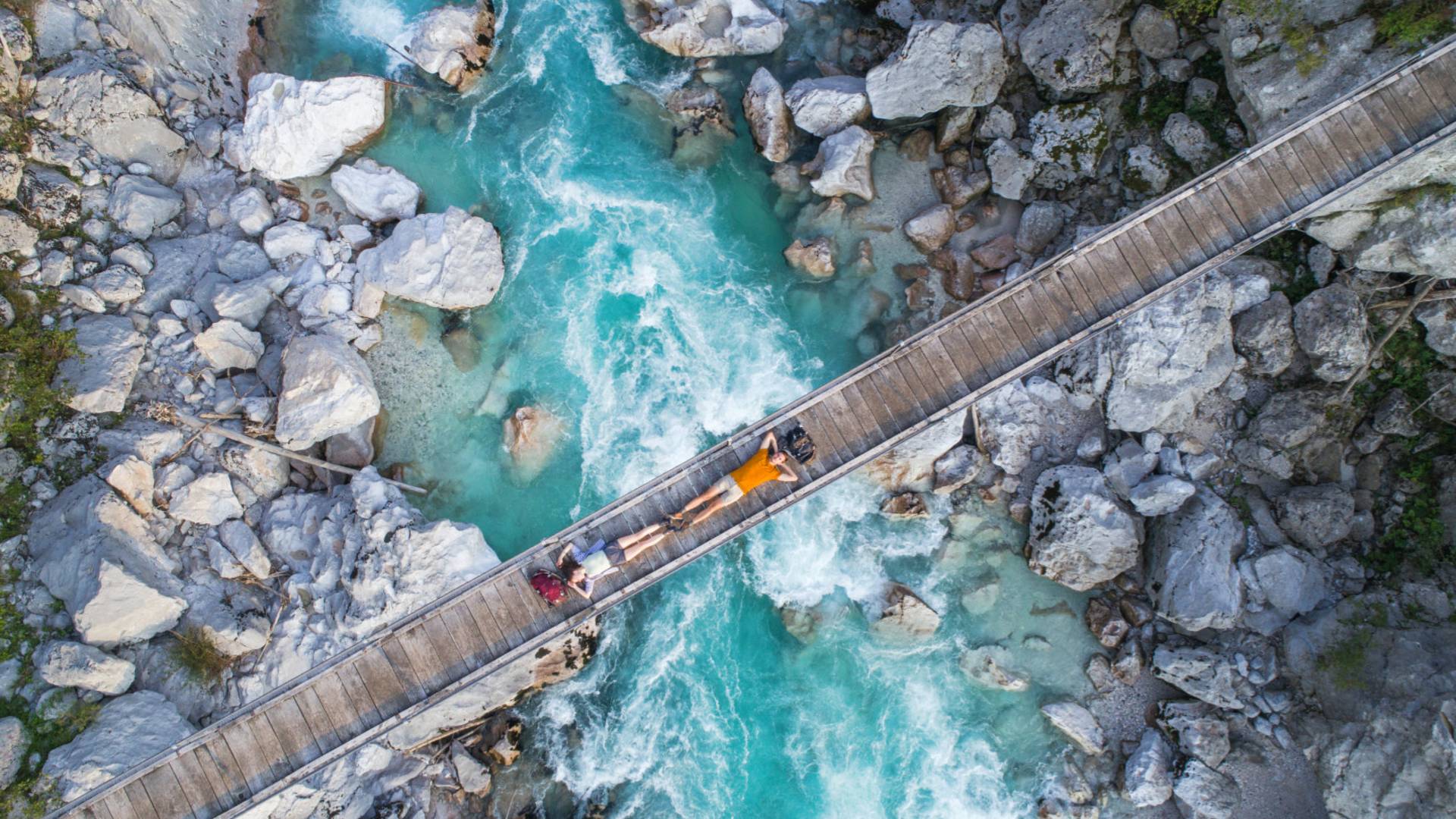 Are you ready for the hike of a lifetime?